The Penang Cardboard Challenge is a part of the Global Cardboard Challenge a movement inspired by a then 9 year old boy Caine Munroy, an entrepreneur who made an arcade using cardboard boxes and recycle materials. Since 2012, the Imagination Foundation USA has popularised this movement globally, we in Malaysia have also taken up this challenge to foster creativity and entrepreneurship in our children. Our children deserve to explore their world of imagination, innovation and problem solving.

In 2013, the Penang Cardboard Challenge 1.0 was sponsored by Whyte House Kindergarten, and was run by a family who felt the need for children to have such a creative outlet and since then three families have been getting together and holding this event for others to come and have fun with their families.

We are proud to have them in Penang MakerFest 2015, an admirable community of creative and innovative people.

At the Penang MakerFest, Penang Cardboard Challenge will: 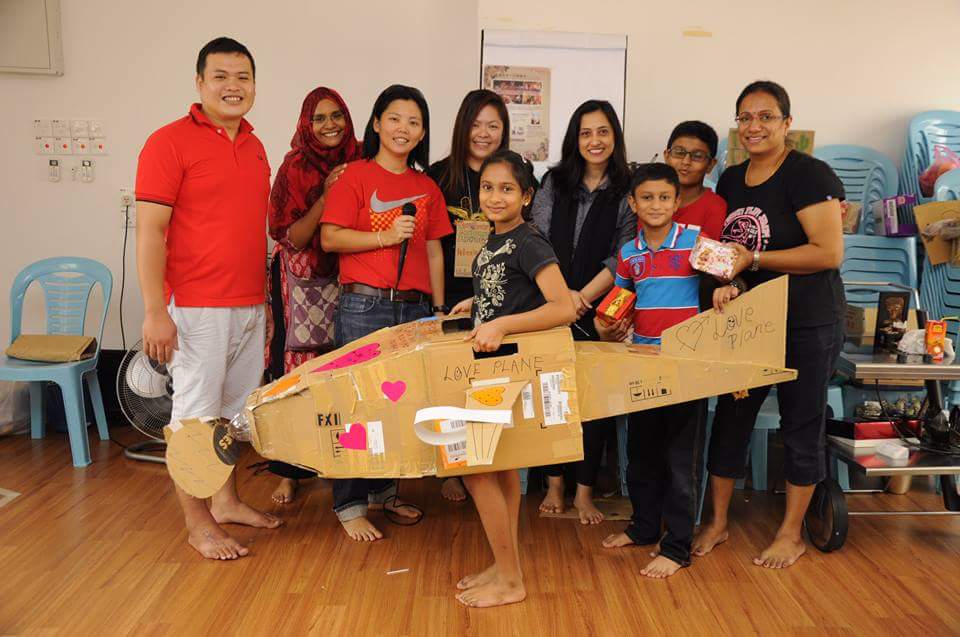 Exciting ? Let’s join them during Penang MakerFest and play with cardboard.

Jamilah Samian is an author and speaker.

Discuss your thoughts below!